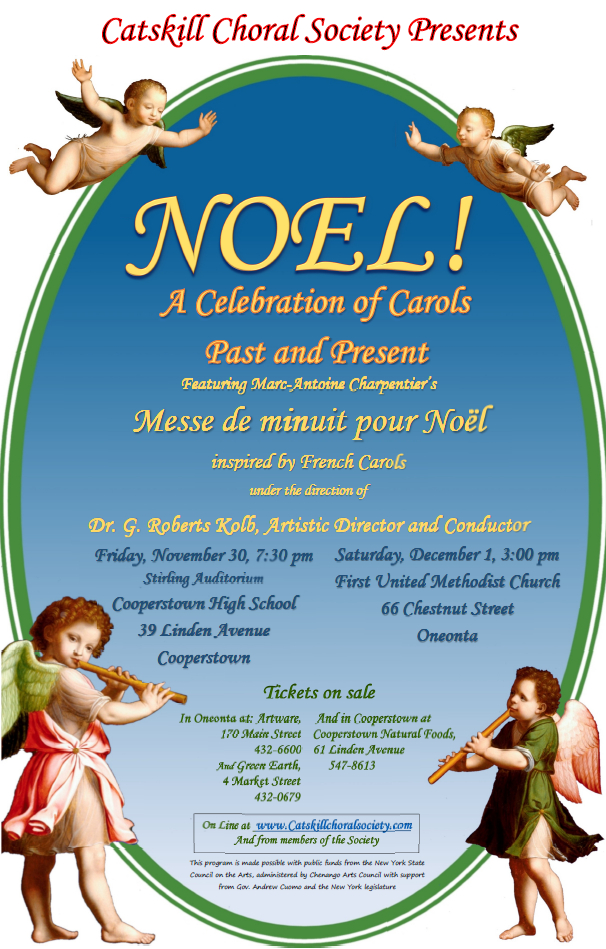 Flutists  Ana Laura Gonzalez and Elizabeth Carville Evans will join the Catskill Choral Society in its fall concert to welcome in the holiday season. Both are well-known to local audiences through their solo and ensemble work in the area. Elizabeth Carville Evans holds both Bachelor and Master’s degrees in Flute Performance from the New England Conservatory of Music, Boston, where she was a student of Claude Monteux. She was a winner of the 1985 James Pappoutsakis Memorial Flute Competition, and a four time winner of the Conservatory Gala Chamber Music Competition. She has performed as soloist and chamber musician in Boston’ s Jordan Hall, the Isabelle Stewart Gardner Museum, the Boston Museum of Fine Arts, and Harvard’s Sanders Theater, among others. A native of New Hartford, her early flute studies were with John Oberbrunner. She returned to the Utica area in 1987 and has since established herself as performer, teacher, and active member of the B Sharp and Etude Music Clubs. She has given solo and chamber recitals  throughout the area, and performs with the  Catskill Symphony. Dr. Ana Laura González holds a D.M.A. from the University of Arizona, a M.M. from Ohio University, and a BM from the National Conservatory of Buenos Aires (IUNA). As an orchestral player, she has appeared with the former Utica Symphony, Irving Symphony in Dallas, Texas, the Nueva Leon, Symphony Orchestra in Monterrey, Mexico, the Arizona Chamber Artists and the Arizona Repertory Theatre Orchestra in Tucson, and the Camerata Exaudi in Buenos Aires.  Recent performances include the National Flute Association convention in New Orleans, Louisiana, the Mid-Atlantic flute festival in Washington DC, the Museum of Latin American Art in Buenos Aires, Delta State University in Mississippi, and the Conservatory of Junin in Argentina. She has also performed at many music festivals including the National Flute Association conventions of Nashville, San Diego, Albuquerque and Kansas City, The Opera in the Ozarks at Inspiration Point, Chamber Music in Sedona, Music on the Edge in Highland Heights, Kentucky, and Music from Japan Today in Baltimore, MD.  She has served as adjunct faculty in the Music Theory Department and artist in residence of Flute at Hartwick College since 2011.

They will join the Choral Society along with Tim Horne and the Catskill Choral Society Youth and Children’s choirs under the direction of Dr. G. Roberts Kolb in a performances of Charpentier’s Messe de minuit pour Noel and additional seasonal selections.